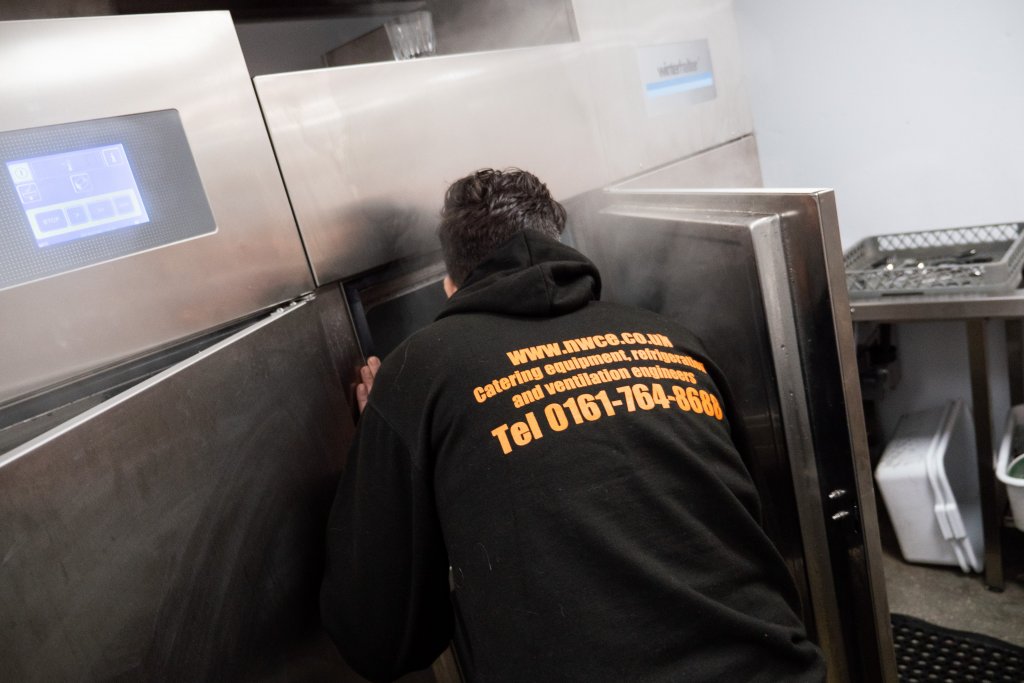 NWCE have pledged their support for the F-Gas 404 ban, coming into place early next year.

From January 1st 2020, new regulations will come into place affecting foodservice businesses that purchased their refrigeration equipment before mid-2018.

The refrigeration gas ban will affect your business if you operate any medium-sized refrigeration equipment, such as retail refrigeration, walk-in cold rooms, cellar cooling or chillers.

If you deal with refrigerant, a grasp of this legislation is critical to understanding the developments affecting the foodservice industry over the next decade.

So what is F-Gas?

Fluorinated greenhouse gases (F-Gases) are a family of man-made gases used in a variety of industrial applications, however, it is most commonly found in refrigerant systems and built in the majority of commercial refrigeration units throughout the commercial food & retail industries.

F-gas is the refrigerant that transports heat around the system – either away from an area to cool it, or towards an area to heat it.

And why is it being banned?

In the past few years and prior to the legislation becoming known, the commercial catering industry has made more of a conscious effort to phase out older gases in favour of natural gases that are not only more environmentally-friendly but also have better refrigeration properties than the older versions.

Now, it’s more of an urgent issue which is why the legislation is due to pass. The main reason legislations around F-Gases are changing is because of the refrigerant’s major contribution to global warming.

Under UK and EU legislation, a ban is coming into force on New Years Day that will ban refrigerants with a global warming potential (GWP) greater than 2500 being utilised to service or refill any refrigeration or freezer systems. This ban also affects refrigeration systems containing hydrofluorocarbons (HFCs).

Similar to carbon dioxide, F-gases capture heat that has been emitted into the atmosphere. This ultimately leads to an increase in global temperatures, but the F-gases impact is more critical than CO2.

There are many ways in which F-Gases can be discharged into the atmosphere; the most common ways the gas is released is through appliance leaks, decommissioning or anything else that releases gas from the units.

What are the challenges foodservice industries face?

Whenever events similar to this occur, it drastically affects the foodservice industry and raises a commercial challenge. Kitchens have to change the way they operate, starting with the equipment they use: appliances have to be retrofitted or completely replaced.

Nowadays, most commercial kitchens with newer refrigeration appliances will not have this issue but for those which are in need of replacing, NWCE are on hand to help businesses retrofit their current refrigeration or point companies in the right direction to the most suitable equipment for them.

We are highlighting the need for a change in appliances through endorsing climate-friendly alternative appliances.

Sustainability and energy saving is a big issue within all professional kitchens today. It’s no secret, that there’s an urgency when it comes to making environmentally-friendly changes.

What does the future bring?

In the catering industry, energy-efficient equipment is more readily available than ever before, but it is up to manufacturers, designers and equipment purchasers to update their kitchen’s key equipment.

When picking a new item, it is important that buyers have the most up-to-date gas so they don’t end up being hit with a high bill for repairs, or even worse, the item being written off as the original gas is now obsolete.

For kitchens that do not adhere to the new legislation, they may be hit with enforcement notices and potential fines for breaching the upcoming ban.

The UK and EU are said to be enforcing phasing HFCs down by 79% by 2030. Not only will this make some refrigerants harder to purchase, but they will also be more expensive to obtain. That’s why it is in the foodservice business’s best interest to start acting now.

NWCE believe it is of vital importance that company’s like themselves inform customers of the measures they need to take to adhere to and future proof their business.

To find out more about the ban visit https://www.gov.uk/guidance/banned-f-gas-for-refilling-equipment